AMD leads the semi-custom business back to profitability, with net income of $48 million in Q3 earnings

AMD had back from its second quarter slump, and the company has held its word, reporting a net income $48 million in its Q3 financial reports.

AMD cites growth in its Graphics and Visual Solutions (GVS) division, which is responsible for semi-custom products like the chips bound for the upcoming PlayStation 4, Xbox One and the current Wii U. 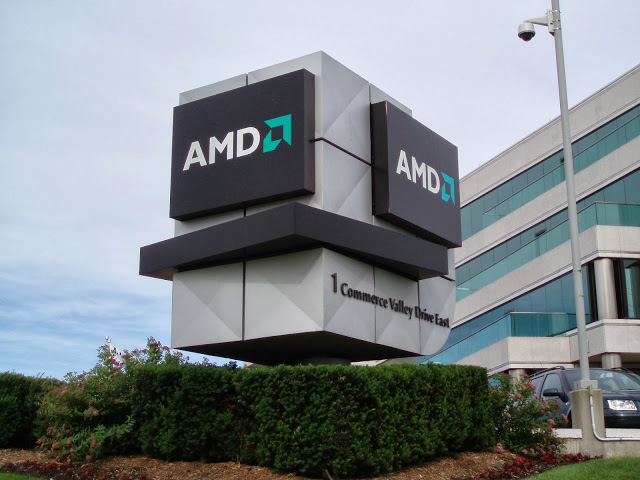 The Sunnyvale firm (AMD) on Thursday reported a third-quarter profit of $48 million, or 6 cents a share, on revenue of $1.46 billion. During the same period a year ago, the semiconductor maker lost 21 cents a share on $1.27 billion in sales. Excluding one-time items, AMD would have earned 4 cents a share.

Analysts surveyed by FactSet had forecast AMD to earn 2 cents a share on $1.42 billion in revenue. AMD shares fell almost 8% in after hours trading. The company said it expects fourth-quarter sales in a range that could fall below analysts’ forecasts of $1.52 billion.

Other story: Origin PC drops AMD graphics options due to feedback. Origin PC’s move is a blow to AMD’s image; it suggests that the chip designer needs more than just advanced silicon to please gamers.

However, not every portion of AMD’s business is flourishing, however – both its Computing Solutions and GPU segments saw a drop in revenue over the past year, and the company admits that it’s shipping fewer notebook chipsets these days. Even so, the numbers bode well for the company, which posted a total revenue of $1.46 billion for the quarter, alongside an optimistic outlook. After all, the company’s Mantle graphics cards are just around the corner.

For more, head to our Facebook page and throw us a like or follow us on Twitter or add us to your circle in Google + so that you won’t miss out any breaking news

When AMD launched its high-end $549 Radeon HD 7970 at the end of last year, it was the fastest single-GPU graphics card on the market, and it’ll reigned it comfortably for a few months until NVIDIA came out with the masterful GeForce GTX 680, which took the crown from AMD and left the 7970 with a bloody nose.

Now AMD is back with a tweaked version of the HD 7970, called the HD 7970 GHz Edition, with announcement of the Radeon HD 7970 ‘GHz Edition’ — priced at $499 and expected to be available from a range of board makers from this week. They get back what’s now rightfully theirs , the title of the fastest single-GPU graphics card.

As usual, AnandTech put the new card through its paces and found that it tied with the GTX 680 in single-monitor setups, however, the HD 7970 GHz Edition took the lead when it came to multi-monitor setups running at insane resolutions, which made it the overall winner in terms of pure FPS performance. However, they also noted that this performance comes at the cost, and that is higher power consumption and heat levels and significantly higher noise levels. They even went as far as to say it was one of the noisiest cards they ever tested.

Underneath the identical looking body (compared to the standard HD 7970), the HD 7970 GHz Edition has the exact same hardware. The changes come in the form of a higher clock speed that has gone from 925MHz to 1000MHz and the introduction of an even higher 1050MHz turbo boost clock speed. The memory clock has also been updated from 5.5GHz to 6GHz and that’s about all the difference there is between the two cards.

The HD 7970 GHz Edition prices start at $499, which is a tiny bit more than what the HD 7970 cards are selling for right now and a lot less than the $549 launch price for the same. The hardware partner include ASUS, Gigabyte, HIS, MSI, Sapphire, TUL and XFX. If you want the ultimate performance from a single-GPU graphics card and can tolerate the high noise levels then this is the card to get right now.