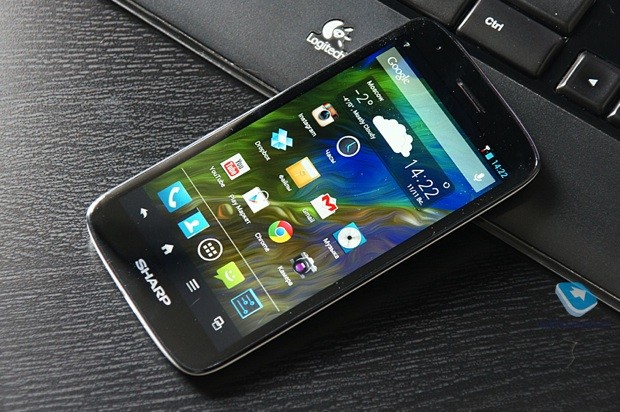 The Aquos Phone SH930W slightly rethinks the internals of HTC’s new Android 4.1 flagship to make it more affordable, doubling the non-expandable storage to 32GB but scaling back to a dual-core, 1.5GHz Snapdragon S3 and dropping the currently unsupported LTE.

That cost-cutting will be vital, as the SH930W is headed to a more price-sensitive Russia first, in late November – one of the few (if not only) times that Sharp has tailored a smartphone to a country other than its native Japan. The 22,000-ruble ($694) off-contract price in Russia could undercut mere 720p rivals that often cost 25,000 rubles ($789) or more.

Mobile-review was curious enough to snag a pre-release SH930W for an early inspection. While the device under the microscope was running vanilla Android rather than the planned Feel UX and may easily have a fair share of buggy code, initial benchmarks seem to validate fears of a mismatch between the display and an underpowered chip : the Galaxy S3 is fast enough for common tasks at that resolution, but chokes with playing 1080p video and certain 3D games. Anyone buying the extra-large Aquos Phone will mostly be choosing it for the good battery life, the camera and that killer price, the site says.

In a related posts, we’ve mentioned earlier today, that samsung is also working on a 1080p Super AMOLED display smartphone according to the rumor.

Rumor : Samsung to showcase its 4.99-inch 1080p Super AMOLED during the CES 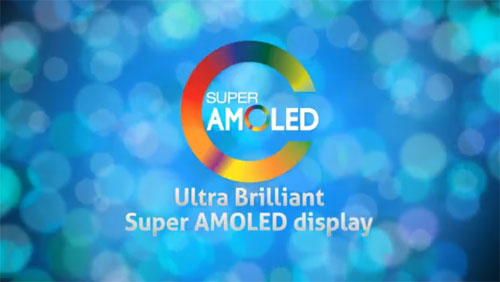 The first phones to use a 5-inch 1080p display are already available in some markets, but they rely on LCDs. The new display from Samsung is, of course, rumored to be used in the Galaxy S IV. What the gossip doesn’t say is whether the display will use a PenTile or an RGB matrix. At this pixel density it might not make much difference but we’ll see.

Anyway, the 5-inch 1080p Super AMOLEDs will supposedly go into production in Q1 of next year. This would be just in time for a Q2 launch (all three Galaxy S flagships launched in Q2).

Whether this rumor pans out or not, 2013 will be the year of 5-inch 1080p screens. HTC already started and so did Sharp, Sony (through Japan Display Inc) and LG are also reportedly working on smartphones with such units.

Sharp has announced in Japan a new Trio of AQUOS Blu-Ray recorders with the BD-W1200 (1TB), BD-W520 (500GB) and BD-S520 (500GB). All three models comes with the same basic features including, DLNA support, Sharp Mobile Phone remote and App Support as well as 3 TV Tuners (two for recording and one for viewing shows) with the exception of the BD-S520 that only come with a single TV Tuner.
But one of the most interesting new update on these new models is Sharp new Thumbnail mode that will create for each show a slideshow of thumbnail helping you to skip a program to the right moment in your show. A nice little add-on that I am sure you will not be able to leave without once used to it. 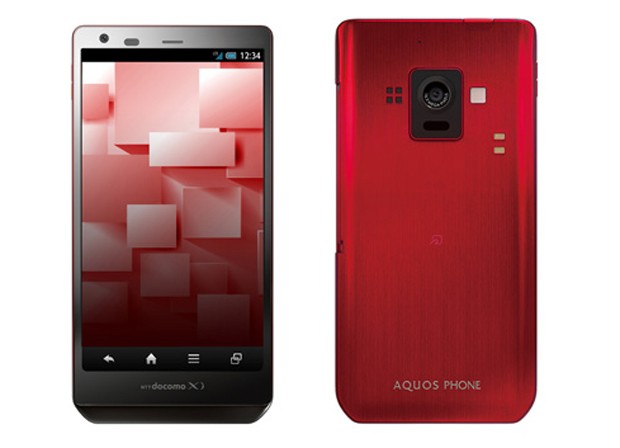 NTT DoCoMo announced the Sharp Aquos Zeta SH-02E, the phone has a 4.9-inch 720p IGZO TFT display (a world’s first, IGZO is supposed to be more power-efficient) and is powered by the Qualcomm Snapdragon S4 Pro APQ8064 chipset with quad-core Krait CPU clocked at 1.5GHz and Adreno 320 graphics, and will runs Android 4.0 Ice Cream Sandwich.

The Sharp Aquos Zeta SH-02E has a camera on the back of 16MP with LED flash and there’s also 1.2MP front-facing camera.

On the connectivity side there’s LTE (100Mbps/37.5Mbps up/down) and NFC with mobile payment support. The Sharp Aquos Zeta will also support both 1seg and NOTTV broadcasting.

The phone will have a large capacity battery (2000+mAh or more, the specs sheet hasn’t give the exact number) and will be both dust and waterproof (IP57, IP5X).

Finally, the Sharp Aquos Zeta SH-02E is expected for launch in November or December.
Via : NTT DoCoMo