Mars Curiosity Rover has found “an higher amounts than anticipated” of water particles!

The Nasa’s Mars Curiosity Rover has analyzed its first scoop on the red planet, and results are promissing. The Curiosity Rover has found water molecules in “higher amounts than anticipated”, according to an announcement from the JPL [Jet Propulsion Laboratory] today.

The water found attached to sand or other particles is “not unusual,” according to JPL, but the quantities are surprising as the team looks for organic compounds in Mars’ soil.

Previously we’ve reported : “Researchers have allegedly discovered something on Mars that’s utterly “earthshaking.” As in, this will change science and our perception of the Red Planet forever. What could it be? The Mars Science Lab isn’t sharing the big news just yet, because it wants to double and triple verify its results. Once that’s done, well, we’re in for something big.”

Currently, the Mars rover is stationed at “Rocknest,” which was chosen for its dusty conditions. The JPL team felt the dirt here could be used to clean out Curiosity’s arm, which scoops up material and delivers it to analysis tools inside its body. The arm needed to be cleaned of any Earth materials that could get mixed in with the Marian samples.

This was the first time Curiosity used all of its instruments in analyzing the regolith, or Martian soil. This included its Sample Analysis at Mars tool (SAM), the Chemistry and Mineralogy instrument (CheMin) and others. Indeed, it cooked some of the dirt in a tiny oven inside its body.

The regolith here revealed volcanic-like properties similar to Hawaii as well as glass particles. Some of the dirt further revealed carbon-based a chlorine and oxygen compound called perchlorate. This was first discovered by Nasa’s Pheonix Lander. “One-carbon organics” were also created when dirt was heated inside the tiny oven, meaning that we could be one-step closer to understanding how life could form on Mars. We’re still a long way off, however, because Nasa says the chemical reactions that formed the carbon may have been the product of an Earthly object mixing in with the regolith.

After Curiosity is done analyzing the martian dirty here, it will head off toward its ultimate destination Mount Sharp. Its mission is to determine whether or not the Gale Crater ever had the environment that could have sustained microorganisms.

Scientists claim that They’ve Discovered Something Amazing on Mars!!! ”something earthshaking” 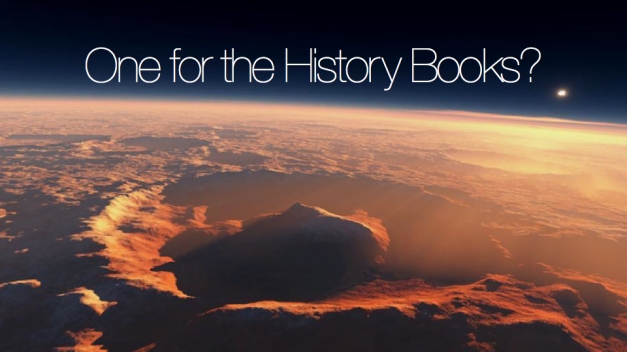 Researchers have allegedly discovered something on Mars that’s utterly “earthshaking.” As in, this will change science and our perception of the Red Planet forever. What could it be? The Mars Science Lab isn’t sharing the big news just yet, because it wants to double and triple verify its results. Once that’s done, well, we’re in for something big.

Science speak is a little different from typical Average Joe speak, so what’s earthshaking for them might not be as mind blowing for us. But the MSL team seems to believe their data, collected from a soil sample test in the Sample Analysis at Mars (SAM) instrument, is of great significance.

SAM is designed to investigate the chemical and isotopic composition of the Martian atmosphere and soil. In particular, SAM is looking for organic molecules, which is important in the search for life on Mars. Life as we know it cannot exist without organic molecules; however they can exist without life. SAM will be able to detect lower concentrations of a wider variety of organic molecules than any other instrument yet sent to Mars.

It was recently revealed that water temperatures on Mars would have been conducive to past life, so perhaps both data sets together indicate evidence of past (or current) life. Either way, information for or against life on Mars will be important because it will give researchers more insight into the Red Planet, particularly environmental conditions.

“They have some exciting new results from one of the rover’s instruments,” NPR’s Joe Palca said. “On the one hand, they’d like to tell everybody what they found, but on the other, they have to wait because they want to make sure their results are not just some fluke or error in their instrument.”

Unfortunately, it’ll probably take the team several weeks before they’re comfortable talking about what they found. It certainly sounds interesting, and will surely instigate all kinds of wild theories and speculation. If it’s any evidence of humanoid Engineers, we should depart Mars immediately and never return. Hopefully we’ll find out more information soon.

NASA’s Curiosity rover will share all of us its first touch down on Mars, live at 1:30AM EDT (US time)

NASA’s Curiosity rover is about to land on Mars. The $2.5 billion vehicle has been en route to the red planet for eight months, and in a few short hours will spend seven terrifying minutes blindly making its way to the Martian surface — only to make NASA scientists wait another full seven before reporting on its success or failure. The rover is flying solo.

That doesn’t mean we can’t be there in spirit, however: NASA TV will be broadcasting the event on Ustream, offering commentary from the minds behind the rover, as well as audio from mission control. The Curiosity Cam, which runs from 11:30PM until 2:00AM EDT and 3:30AM to 4:30AM EDT (All times are US times), will offer commentary from the scientists and engineers behind Curiosity, while a second feed (at NASA JPL Live, which runs from 11:30PM onward) will play audio from mission control. If all goes to plan, NASA will be able to share an image from Curiosity’s navigation cameras, confirming its safe arrival on the Martian surface.

So here’s for you a link to watch that monumental event of humans history, be sure to tell us after the break what you think and your point of view of that kind of mission :