Tumblr for iPad has now its own iOS application version. Although the iPhone version has been available for a while now and was recently given a major facelift, the iPad version was nowhere to be found. 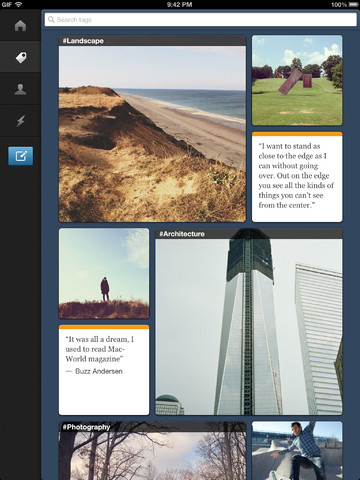 Among the new features is a UI optimized for the iPad’s bigger display. You get a navigation bar on the side that stays there permanently unlike on the iPhone version. You also get a pop-up carousal menu with options when you click on the new post button. Being a native app, it’s also smooth and fast.

To download your Tumblr app is now available  for free on the App Store.