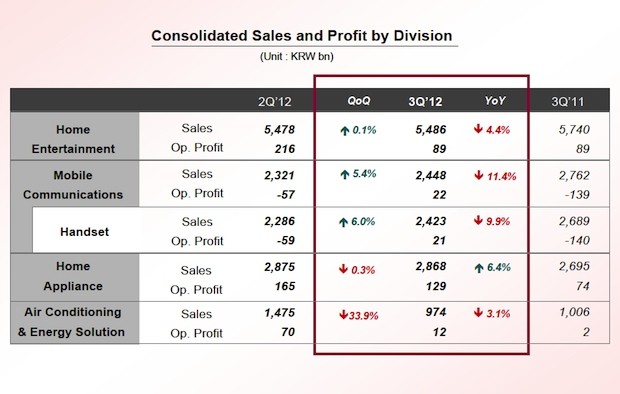 LG comes to publish its financial report for Q3 2012 and the news are mostly positive. The company has been described its performance as “solid” and while it didn’t report huge profit at least it’s in the black.

The LG mobile division managed to ship 14 million smartphones, which is a 9 percent increase over the previous quarter. The revenue from the mobile communications department is also up by 5 percent on a quarter basis adding up to 2.5 trillion Korean won ($2.26 billion).

One of the main reasons for the growth are the company’s newly introduced LTE droids, which sell particularly well in Korea, Japan and the US. The L-series of phones have also contributed to the positive results.

For the Q4 2012, the company says that it has set the groundwork to improve sales thanks to the launch of the Optimus G and Optimus Vu 2 in Korea. It also acknowledges that R&D and marketing expenses have increased, but it’s still turning up profits thanks to “improved product mix” and “cost structure”.

LG Mobile Communications Company improved significantly in the 2012 third quarter, recording operating profit of KRW 22 billion (USD 19.42 million) due in large part to healthy sales of LTE smartphones in Korea, Japan and the United States. In addition, Optimus L-Series continued to expand into 3G markets, contributing to the sales increase. Revenues increased by 5 percent quarter-to-quarter to KRW 2.45 trillion (USD 2.16 billion) as shipments exceeded 14 million units, an increase of 9 percent from the previous quarter. The company expects to further increase its shipments and revenue in the fourth quarter with the global launch of the Optimus G superphone and sales of Optimus Vu: 2 in Korea.

2012 3Q Exchange Rates Explained
LG Electronics’ unaudited quarterly earnings results are based on IFRS (International Financial Reporting Standards) for the three-month period ending September 30, 2012. Amounts in Korean Won (KRW) are translated into U.S. Dollars (USD) at the average rate of the three-month period in each corresponding quarter: KRW 1,133 per USD (2012 3Q) and KRW 1,082 per USD (2011 3Q).

Earnings Conference and Conference Call
LG Electronics will hold a Korean language earnings news conference on October 24, 2012 at 16:00 Korea Standard Time at the LG Twin Tower Auditorium (B1 East Tower, 20 Yeoui-daero, Yeongdeungpo-gu, Seoul, Korea). An English language conference call will follow on October 25, 2012 at 10:00 Korea Standard Time (01:00 GMT/UTC). Participants are instructed to call +82 31 810 3069 and enter the passcode 9084#.
The corresponding presentation file will be available for download at the LG Electronics website
(www.lg.com/global/ir/reports/earning-release.jsp) at 13:30 on October 24, 2012.
Please visit http://pin.teletogether.com/eng/ and pre-register with the passcode provided. For those unable to participate, an audio recording of the news conference will be available for a period of 30 days after the conclusion of the call. To access the recording, dial +82 31 931 3100 and enter the passcode 142670# when prompted. 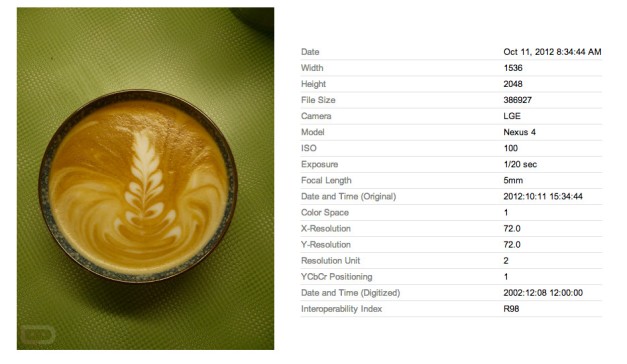 The purporting LG Nexus 4 has surfaced another time, this time is a pictures purporting to be from the LG Nexus have shown up before, but their EXIF data referenced the “Mako” codename. This is the first time we’ve seen pictures tagged “Nexus 4,” a name first heard when leaked in retailer listings. French newspaper Le Figaro has claimed the Nexus 4 will be revealed on October 29th.

This embedded image information is very easy to fake or tweak, mind you, so we may see more developments on the subject of the next Nexus’ name.

Remember that rumors says that the Nexus 4 packs a Snapdragon S4 Pro chipset with four ferocious Krait cores inside, an 8 MP snapper, 2 GB worth of RAM and a 4.7 True-HD IPS display of 768 x 1280 pixels resolution and most importantly, has Android 4.1.2 Jelly Bean on tap.

An unverified October 29 date has been pinpointed as the day Google will step forth and unleash the Nexus 4 to the world.

We’ll keeps you updated when the event will take place.

The rumored LG Nexus 4 / LG E960 Mako keeps talking about himself. After teasing us with a few images every other day, Belarusian website Onliner.by has now uploaded a full review of what has come to be known as the LG Nexus 4. After the some leaked camera samples by the Belarusian site Onliner.by, it’s time for a benchmark.

The Nexus 4 disappoints in the synthetic benchmarks department. The AnTuTu and Quadrant scores are way low for something with a quad-core Snapdragon S4 and 2GB of RAM under the hood and even slower than the scores of the international One X with the Tegra 3 processor.

All of this can be put down to this being a prototype device and things could improve considerably in the final version. That could also explain why this particular unit had just 8GB of internal memory. With the launch of the next Nexus being said to be on October 29, we don’t have to wait long to find out what the real deal would be like.

To read the full review of this prototype, click on over here. 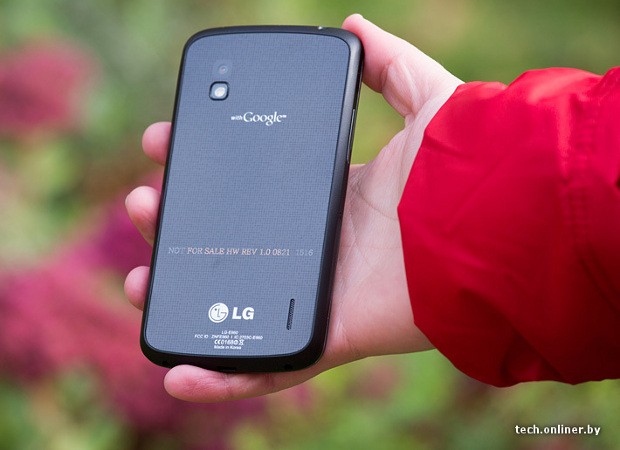 The rumored LG Nexus 4 / LG E960 Mako is spotted again, but this time we have some samples of it’s 8MP sensor. And here’s the shots. 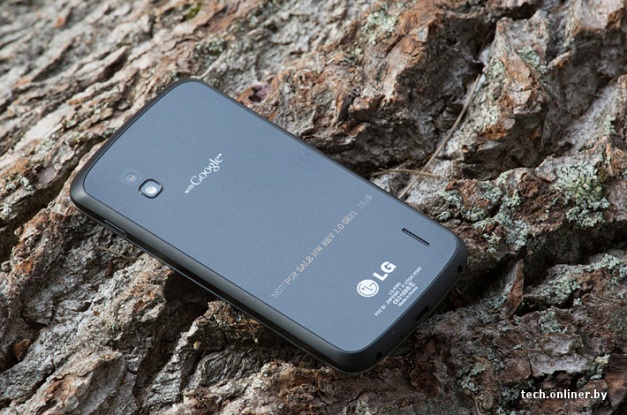 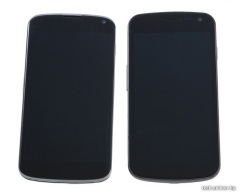 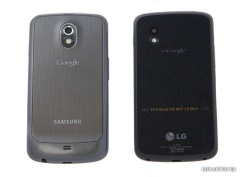 According to the site the specs match many of the previous leaks, and says that the LG Nexus will be similar to the Optimus G, will have a 1.5GHz quad-core Qualcomm Snapdragon CPU, a 4.7-inch display (1280×768) of resolution, a 2GB of built-in RAM, and has only 8GB of built-in storage, an 8MP camera. And runs the newly-released Android 4.1.2 . 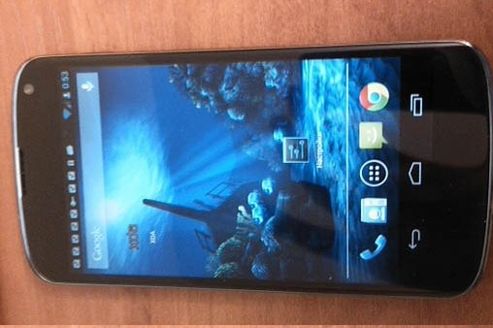 The rumored LG Nexus 4 or E960 Mako is spotted again in some leaked photos, and it’s turn of the Belarusian site Onliner.by to snap some pictures of the prototype unit. According to the site the specs match many of the previous leaks, and says that the LG Nexus will be similar to the Optimus G, gathering a 1.5GHz quad-core Qualcomm Snapdragon CPU, a 4.7-inch display (1280×768) of resolution, a 2GB of built-in RAM, and has only 8GB of built-in storage, an 8MP camera. And runs the newly-released Android 4.1.2 for now, so unfortunately until now there’s no mentions of an Android 4.2 .

So like always take this rumors with a pinch of sault, because until now we don’t have any officialisation not from Google nor LG, but at this rate we’ll probably have more details at any time. 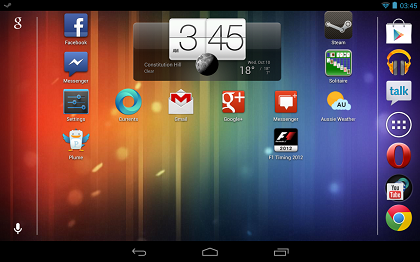 Back to previous rumor we’ve been seeing a mysterious Android 4.1.2 update mentioned in a unreleased devices in the past few hours.

” We’re releasing Android 4.1.2 to AOSP today, which is a minor update
on top of 4.1.1.
As a note to maintainers of community builds running on Nexus 7:
please update to 4.1.2 at the first opportunity. Future variants of
the grouper hardware will have a minor change in one of the components
(the power management chip) that will not be compatible with 4.1.1.The build number is JZO54K, and the tag is android-4.1.2_r1.

Still, we haven’t seen the update reach our own devices yet, however some Nexus 7 owners already report getting 4.1.2 on their tablets with a pleasant surprise in store: in addition to the expected bug fixes and performance boosts, the software lets the home screen rotate to landscape mode on the smaller Jelly Bean slate.